The world of captured lights

Ever since the advent of the digital camera we've seen this debate raging on between the purists who say FILM always gives you a better result and the modernists who say DIGITAL is they of today ... and the results are just as good.

Who's right?  They both are.

I have to come clean ... I grew up and was trained in the world of FILM photography.  Remember it?  We had to make sure no unwanted light leaked into our cameras, our films were loaded into the developing tanks in total darkness, we did our printing and enlarging in subdued red light, we remixed our developing chemicals regularly and making any changes to an image took us forever.  But we got GREAT RESULTS and it was satisfying.

Today I'm a realist and live and work in the digital age.

I took my first tentative steps in digital photography in 1998 with a small, compact Sony "point and click", whilst still using on Olympus 35 mm professional film camera for most of my serious work.  In 2003 I purchased my first Canon DSLR (which I still have today) and I've stuck with and progressed with Canon DSLR's ever since.

So what's the argument about?

The purists are right ... on their opinions of early digital cameras.  The digital cameras of the 1990's just weren't capable of the same quality of image as the high end film cameras of the same era.  The lenses weren't as good, the sensors certainly didn't capture the same detail as film did.  And because of the relatively low resolution (around 5 mega-pixels) you really couldn't enlarge the images any more than A4.  Then when you looked at the accessories available, the film camera such as the Olympus OM series and the Nikon's had a lot more than any of their digital cousins of the same period.  So if you were serious about your photography you used film.

But things have changed since then.

The development of better sensors, better camera bodies and lenses specifically developed for digital photography accelerated at a rapid rate in the early 2000's.  But there was still an argument that yo got better results when using film.  However, for all sort of practical reasons many professional photographers made "the big switch" quite early.  Photojournalists working at the year 2000 Olympic Games in Sydney could take a shot in the stadium in Sydney and thens end it via the internet to their publisher in London or New York and they'd have it on the front page of the London Sun or New York Times in a couple of hours.

And it wasn't long after that the quality of digitally photographed images began to improve dramatically.  Sensors, processors, dedicated digital lenses all improved rapidly and digital cameras caught with film cameras probably around 2005.  And now we see a MASSIVE range of accessories for the all makes of DSLR.

And "super high end"?  Just have a look at the Phase One XF 100MP ... a hundred mega-pixels of quality in one sensor.  Stunning medium format quality ... you could enlarge an image out of that camera to the size of a football field and still not see any loss of quality.

Of course post capture editing of digital images is a lot quicker than the old days of the dark room.  And we do have to do some processing of every digital image ... because the cameras don't capture exactly what our mind's eye thinks we see naturally.  A bit of sharpening, maybe some minor levels/saturation/contrast adjustment.

If you want to do some serious "creative editing" - producing fine art photography - then it''s a lot easier using a digital image as your starting point.  With the development of programs such as Photoshop there is almost no end to the effects an artist can achieve ... bold and brassy or soft and subtle, the choice is yours.

What about producing prints?  For less than $200 you can buy a terrific printer that will give you excellent resolution A4 prints.  Yes, when you want to go bigger they do get more expensive, but not many people want to produce B-I-G prints, and for the few occasions they do, they can just pop into the nearest print lab.

So why would you use film today?

Simple ... because you enjoy working with it, the tactile nature of processing and printing using film and chemicals, because you are a traditionalist, it's part of your photographic DNA.  And you have plenty of time on your hands.

Me?  As I said, I grew up in the world of film, but I've made the transition to digital because of the convenience, the quality I can achieve and the fact that there's no new development of cameras happening in the film world.  If I want to keep moving forward it has to be digital. 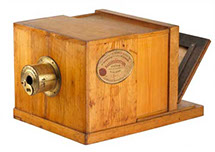 Camera that took first ever photograph in 1826 (replica) 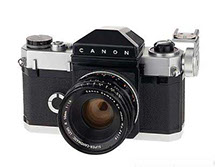 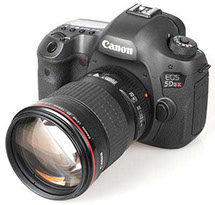 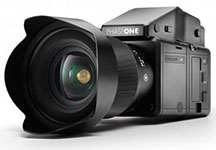